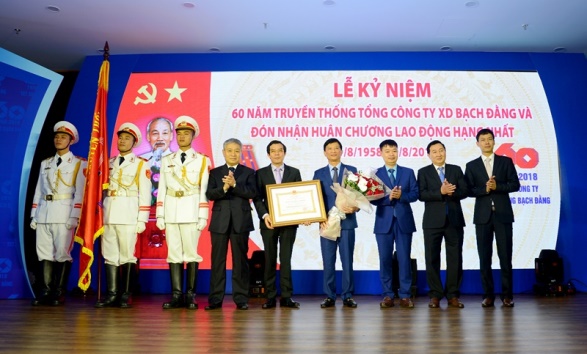 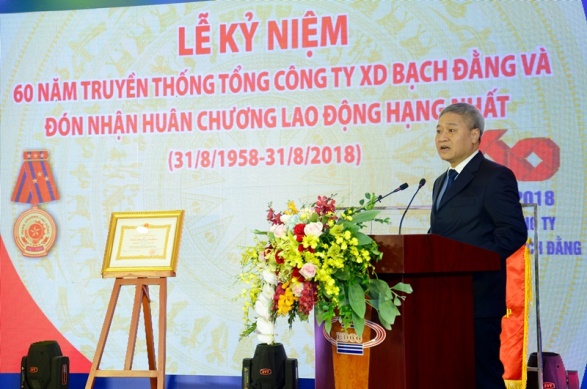 Speaking at the ceremony, MOC Deputy Minister Bui Pham Khanh appreciated the achievements of the Corporation. These achievements have been recognized by generations of leaders of the Ministry of Construction. The generations of leaders of the Corporation have made great efforts to renovate the organizational structure, to steer Bach Dang Ship to overcome difficulties and challenges in the right direction and make the Corporation become one of the typical enterprises under Construction industry of Vietnam.

“Over the past 60 years, Bach Dang Construction Corporation has fulfilled its historic mission, from state-owned enterprise to equitization, which still has the state capital, until the capital is fully withdrawn. I believe in the coming time, with the ability of creativity, intelligent thinking, the business continues to take strategic steps to become one of the leading enterprises in Vietnam construction…,” Deputy Minister emphasized.

Not only looking for exploitation and construction of domestic projects, the Corporation also seeks to exploit foreign markets to export labor or contract construction. The corporation constructed the Sidmounth Inn – Okinawa in Japan in Oriental style with all the bricks, tiles, wood, doors (except iron, steel and concrete) that were processed or supplied from Vietnam

Over the past 60 years, the Corporation has accumulated the fundamental values, creating jobs for many generations of employees, is the cradle of training for generations of leaders, accumulated experience, contribute to the construction industry and participate in State management.

Especially, after 5 years of operation under shares model, with increasing annual growth rate, reaching an average of 11%/year, of which in 2017, the Corporation achieved production value of 7.208 billion VND, 4,806 billion in revenue, 131 billion for State budget; The corporation has stabilized and developed its production and business with more and more effective and sustainable operation. 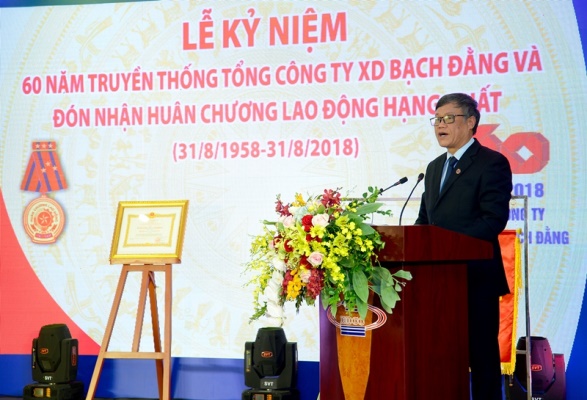 In the coming years, with the goal of turning our country into a modern industrialized country by 2020, the construction industry will have to focus on implementing many important breakthrough tasks. In particular, it is necessary to focus on improving the capacity and competitiveness of enterprises. Mr. Vu Quang Bao, Chairman of Management Board and the Board of Directors of the Corporation have set the strategic objectives for enterprise development, which got agreed at the General Assembly of Shareholders of Corporation 2018

Firstly, promote its traditional industry: Focus on implementing solutions to improve the efficiency of operation, maintain the brand name, continue to promote the traditional industry in association with the application of modern technology in construction; Change thinking, improve professional management; Improve competitiveness for large, complex tender packages and EPC for international tender packages

Second, expand and diversify industries: As a corporation with a long history, prestige brand, winning the trust of the Ministry of Construction and Hai Phong, leaders of departments, departments. In support of this, the Corporation has stepped up the search and development of projects as an investor to meet, in line with the policy of economic development in Hai Phong in particular, provinces and cities in the country in general; At the same time, the implementation of the project itself as the investor, expanding the field of urban infrastructure, industrial…

The company is willing to receive, invest in developing large-scale projects, if the other cities and Hai Phong city trust to. Whether it is an enterprise directly under the Ministry of Construction or transformed into a fully equitized enterprise, the Corporation is committed to contributing to the development of building architecture in Vietnam generally, Hai Phong city and other provinces and cities particularly. 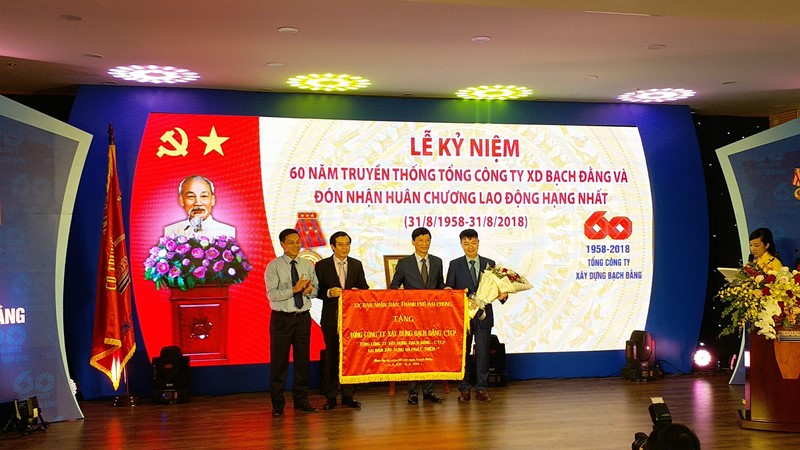 Promote the strengths available, the Corporation is constantly moving to new height, continually worthy of being the flagship enterprise of the construction industry of Vietnam. With the achievements, Bach Dang Construction Corporation was honored to receive the first-class Labor Medal (the 3rd), the emulation flag of the Ministry of Construction and the traditional flag of the People’s Committee of Hai Phong City.