Vietnam Construction Trade Union Congress (VCTUC) XIII, term 2018 – 2023, held in 02 days, opened on 15/06/2018, closed on 16/06/2018 at International Convention Center, Hanoi, was an important political event, presenting the will, the hope and the intelligence of union members and officers working for Construction industry, marking the growth, development and great contribution of union member collectives and organizations working in Construction industry during the period of accelerating modernization and industrialization of the country. 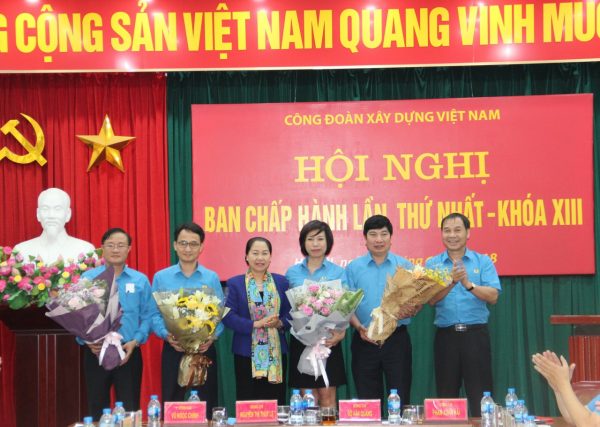 The Slogan of the Congress goes that “Solidarity, Renovation, Creativity, Effect; for the sake of union members and laborers; for the development of Construction industry and the Country”.

The gross official delegates convened at the Congress were 263, with 215 elected from dependent union units; 40 of incumbent MOC Union Executive Committee and 08 appointed ones. The total attendant at the Congress was 260.

The Congress performed the contents as regulated with focus on discussions. There were 33 comments for discussion and 9 comments were chosen to be directly discussed at the Congress on different fields and thematic.

In term of 2013 – 2018, MOC union organizations at all levels grasped the goals and tasks assigned in MOC Union Congress XII, with non-stop effort to overcome the difficulties, challenges, and with activeness and creativeness to perform successfully MOC Union Congress XII Resolution. Strongly renew the contents, method, focus on activities in bases, care for rights and legal interests of union members and laborers; renew with effect on training and fostering the skills for union officers; actively cooperate with functional departments and services to hold emulation patriotism, making force to hard work in order to perform successfully the political tasks of Construction industry and enhance the national industrialization and modernization.

The Congress agrees on the goals, direction, indexes, tasks and solutions for term 2018-2023:

* Goal: “Continue renewing its content and mode of operation; Focus on building a contingent of qualified trade union officers; Strengthen the grassroots level, effectively implementing the tasks of representation and protection of legal and practical interests for the benefit of union members and laborers; Raise awareness of political issues, legal sense, industrial behavior, labor discipline and professional skills of union members and laborers; Actively participate in building the Party, building agencies, units and enterprises”

(1) Rate of union members over the laborer reaches 100% in administrative agencies, over 95% in business units, over 90% in state business and over 70% in other types of business.

(3) Annually on average, there is at least 01 union member initiated to Vietnamese Communist Party.

* The results of election for Executive Committee and other positions 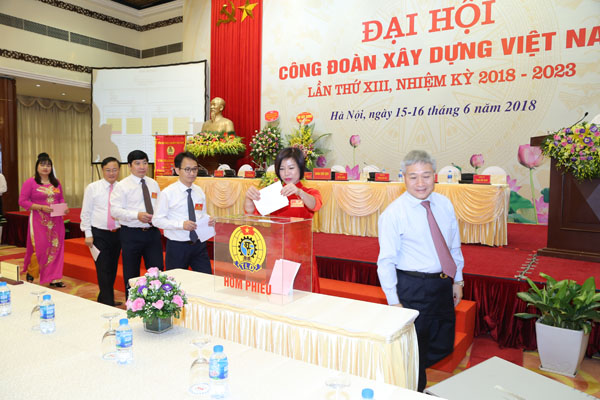 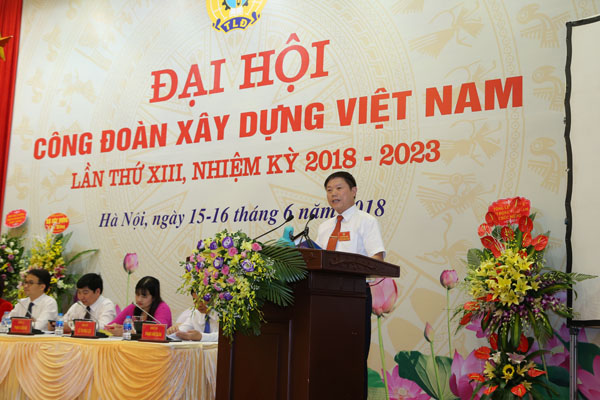 Delegates discussing at the Congress 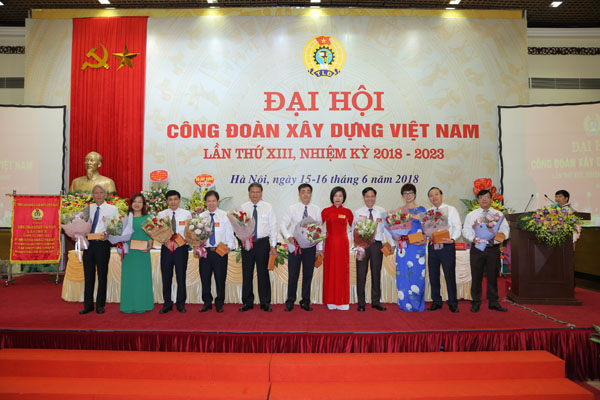 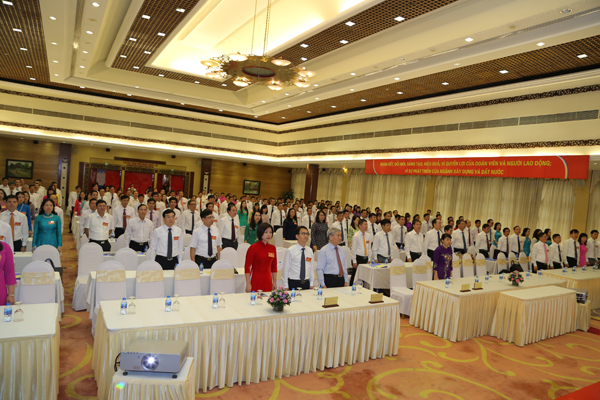 Flag salute on closing the Congress