Conference on Preliminary review of Trade Union in the first 6 months, deploying the tasks of the last 6 months of 2019 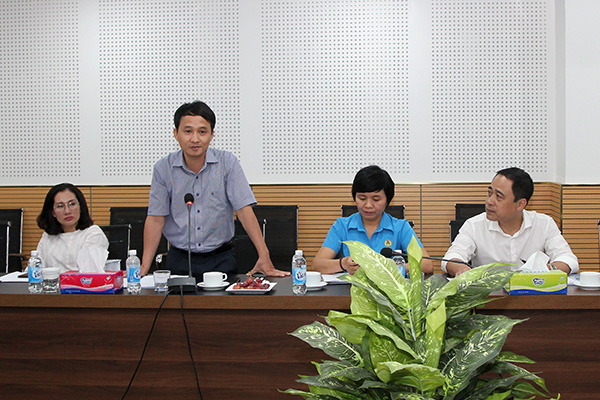 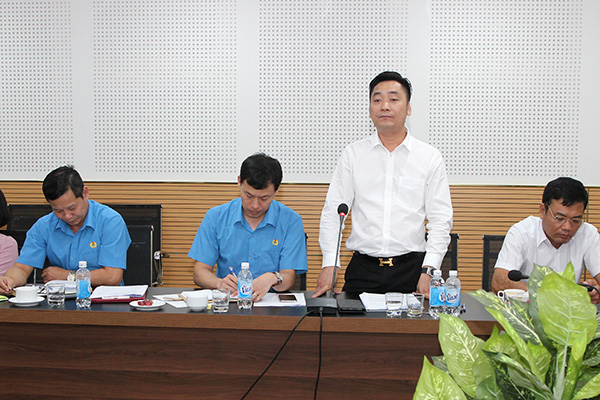 The conference heard about BDCC Trade Union President reporting the results of Trade Union activities in the first 6 months. Accordingly, despite certain difficulties due to the characteristics of the construction industry in general and the Trade Union’s organizational structure in particular, but under the leadership and direction of the Vietnam Construction Union, Labor Union of Hai Phong City, BDCC Party Committee; the effective combination of specialized agencies, Trade Union organization has organized and promoted the spirit of solidarity, launched the movement of production labor production, promoted collective intelligence, gradually overcome difficulties to complete the designated tasks. Specifically, in the first 6 months, BDCC basically completed the main business targets. Average income reaches: 9.5million VND/person/month, employment conditions are guaranteed; Occupational safety and health work is concerned, not causing serious labor accidents. The implementation of the labor law is relatively good, no strikes and complaints occur. The implementation of social insurance, unemployment insurance and health insurance is relatively adequate.

Trade union is active and effective in representing and protecting legitimate and legitimate rights and interests of union members and workers; promptly solve the regime and problems of social insurance for those who have retired from the working regime; take care of material and spiritual life for union members and employees through coordinating with experts to build bonus levels for employees on holidays and Tet; organize and propose leaders of units to support 100% of lunch money for employees and employees; organizing movements of physical training and sports, spring-early travel… 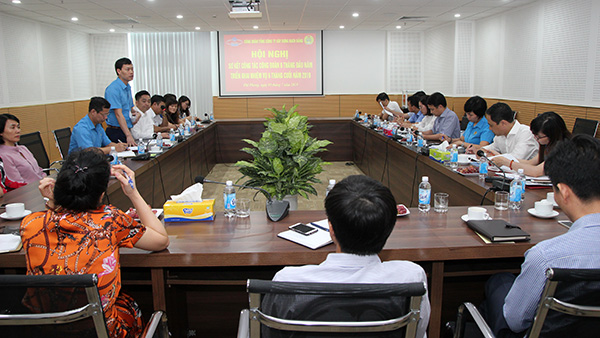 Delegates at the Conference

Deploying the tasks of the last 6 months of the year, BDCC Trade Union is determined to implement the targets and working programs that the Resolution of Vietnam Construction Congress, the Resolutions of the General Assembly of the Corporation and BDCC Trade Union Standing Committee have proposed; coordinate with professional organizations to organize emulation movements associated with the actual situation of the Corporation and units; coordinate with the professional to take care of workers’ lives, constantly improve the material and spiritual life for employees; Especially pay attention to the holidays and gifts to visit and give gifts to policy beneficiaries and employees in difficult circumstances; continue to consolidate and develop grassroots trade unions; deploy member management software to local trade unions in accordance with VN Construction Trade Union regulations.

The conference also conducted consolidation of the Union Trade Union Commissioner and the title of Chairman of the Trade Union’s Labor Union. 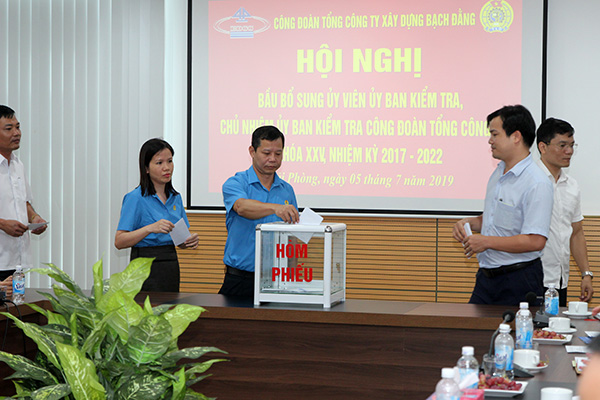 The Conference voting to supplement the members for Inspection Committee