On 31/01/2020 (i.e date of 06, month of January, year of Metal Rat) morning, Bach Dang Construction Corporation held the Early meeting in Spring and Commencement ceremony in 2020. 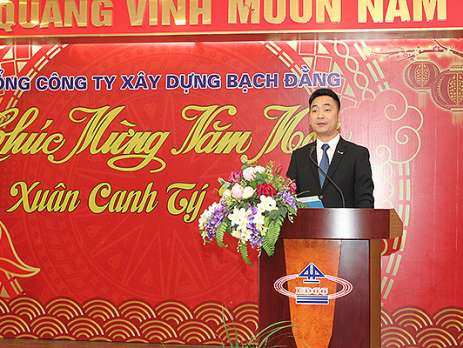 An early-spring meeting is regarded as a cultural feature of BDCC, marking the first working day after a long Lunar Tet holiday. The whole BDCC gathered, wishing the best wishes to each other and making a wish of better development for the Corporation. Attending the meeting was members of BDCC’s Party Standing Committee, Management Boarf, Board of General Directors, Board od Controllers, BDCC’s Union President, BDCC Youth Union Secretary, leaders and staff of BDCC functional departments as well as those of Project Boards.

In the exciting atmosphere of on-coming year, Mr. Pham Duc Thang – BDCC Party Vice Secretary and Deputy General Director, on behalf of BDCC leaders, sent the best wishes to all employees and their families. He also made some assessment of business results of the last year and pointed out the new targets for the next one. He recognized, dignified and expressed his deep thanks to all BDCC’s leaders and employees for their solidarity and efforts to emulate to complete Corporation’s business plan in the last year; he, therefore, hoped them to promote this high spirit to finish the new year’s business duties. 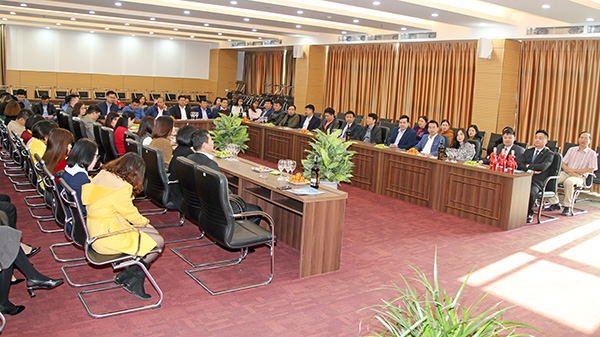 All BDCC agency officers and employees at New Year Ceremony 2020 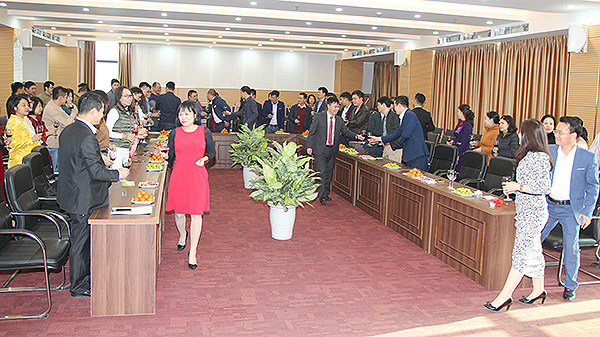