Launching the Emulation at site of The Manor Lao Cai Project

On 04/03/2019 morning, at site of The Manor Lao Cai Project, Bach Dang Construction Corporation held the Launching Ceremony of Emulation for production labor in order to encourage PMU members with contractors (Bach Dang 201 Construction Joint Stock Company) to promote their solidarity, spirit of creative labor to complete the Package BP02 (Construction of basement, foundation for multi-function tower of The Manor under The Manor Lao Cai Project) to keep up with schedule as well as meet the demands of quality, labor hygiene, environment protection and make contribution to task accomplishment of the whole Corporation in 2019. 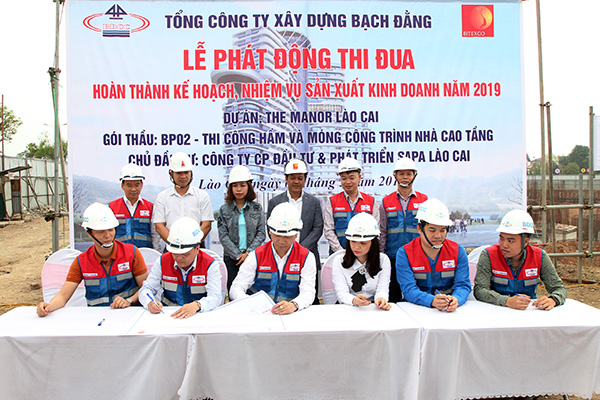 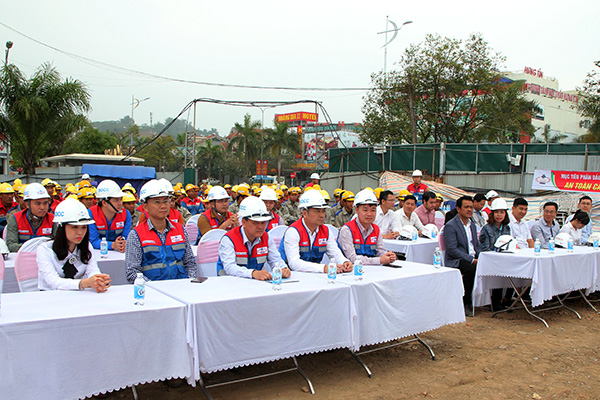 Delegates at the Ceremony

The Manor Lao Cai Project is a luxury synchronized, modern eco-economic urban in Lao Cai province, meeting the various demands of  housing, offices, trade… The project is planned on an area of 143,000 m2, at Cam Duong New Urban, Bac Cuong ward, Lao Cai city; building area is 208,000 m2 (+/- 500 apartments + 441 villas). Bitexco is Employer, Engineer is S.A.I Assicuates (Korea). This is a key project of Lao Cai in both scale and development orientation, a pioneer project in developing its provincial urban zones as well as to show the active growth of modern Lao Cai city

The item of Multi-function Tower The Manor is one of the highlights of The Manor Project in particularly speaking and Lao Cai city in generally speaking. The Manor Tower belongs to Sapa Lao Cai Investment & Development Join Stock Company with the total investment of 800 billion dong. This is a multi-function building with supermarket, commercial zone, kid playground, cinemas, apartment and hotel. In which, the project owns 102 luxury apartments from 55m2 situated from 3rd floor to 10th floor; 11th floor to 24th floors are designed for a hotel with 154 rooms, restaurants, spa and sky bar… 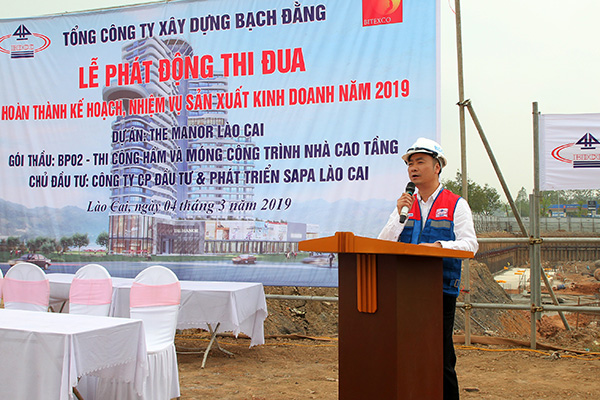 Up to now, The Corporation has been meeting the demand of quality, art-techniques, progress and labor safety. Speaking at the Ceremony, Mr. Pham Duc Thang – Deputy General Director, on behalf of BDCC leaders and Emulation reward council, recognized, dignified the efforts of PMU employees, Bach Dang 201 Construction Joint Stock Company during last time. He emphasized the importance of the project, the completion of the project on schedule to meet all the requirements to condition the completion of the whole project. Thus, he asked BDCC functional Boards and Departments to cooperate frequently with PMU, contractor to quickly settle down the problems arising. PMU was asked to enhance its management capacity, leading the contractor to mobilize enough equipment and man force to keep up with every project period. PMU employees and contractor were asked to promote their solidarity, creativeness to strive for emulation on completion of the project on schedule as well as with the best art-techniques, labor safety and environment hygiene. 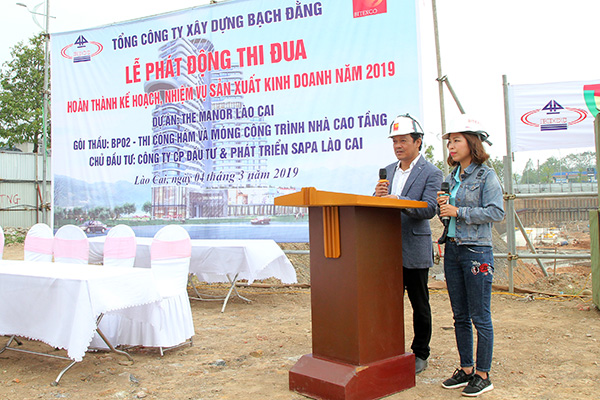 Speaking at the Ceremony, Mr. Gerry Solo – Deputy General Director of Sapa Lao Cai JSC., representing Employer, dignified the professional working manner of BDCC from site preparation, method, implementation to quality control, especially labor safety and environment hygiene. With the commitment from BDCC leaders, the enthusiastic support of the leaders, the capacity and experience of PMU employees, the Employer believed that the Project would be finished on schedule, ensuring the requirements of quality and labor safety. 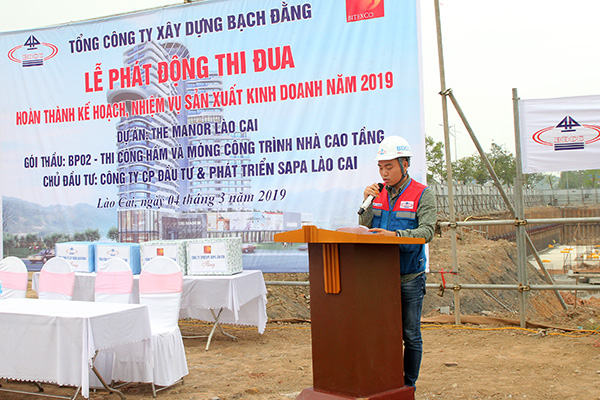 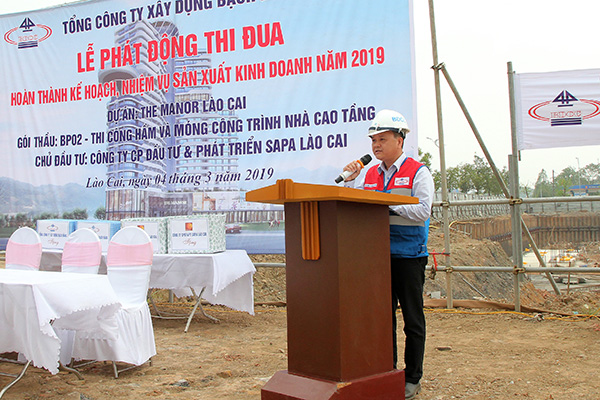 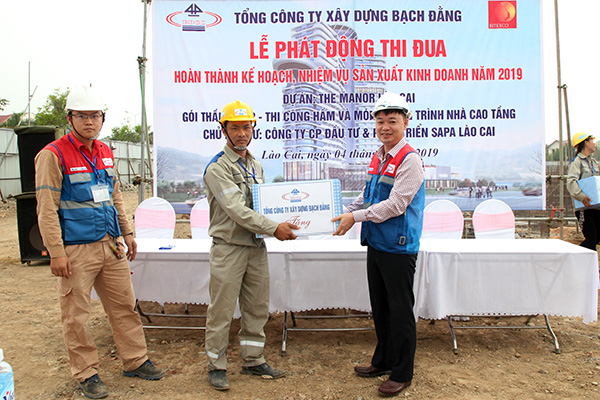 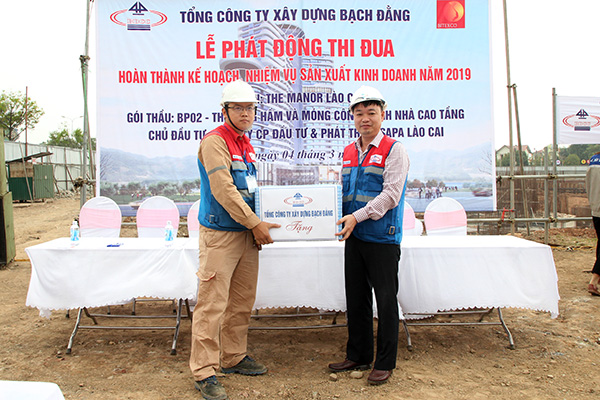 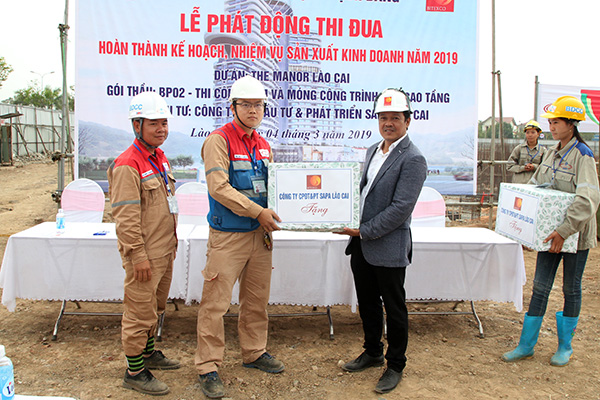 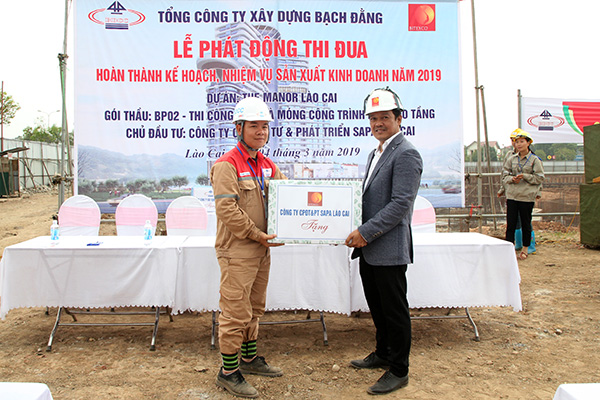 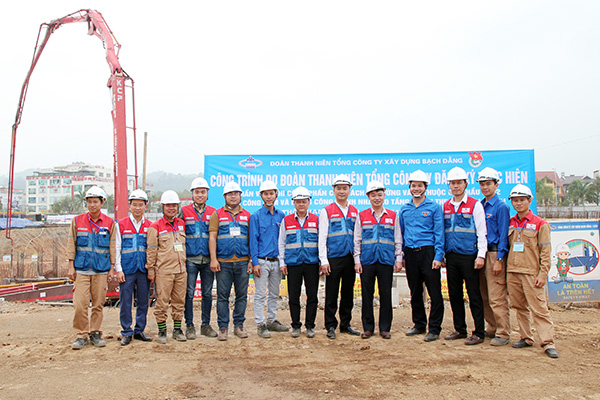 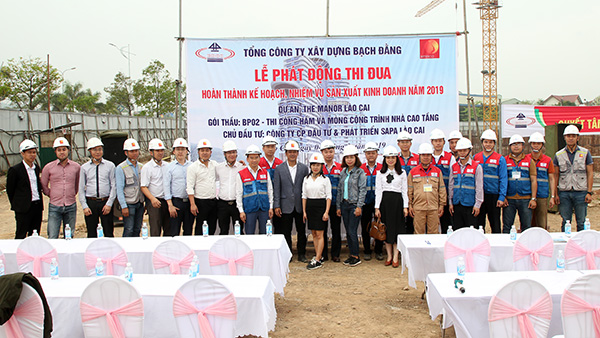 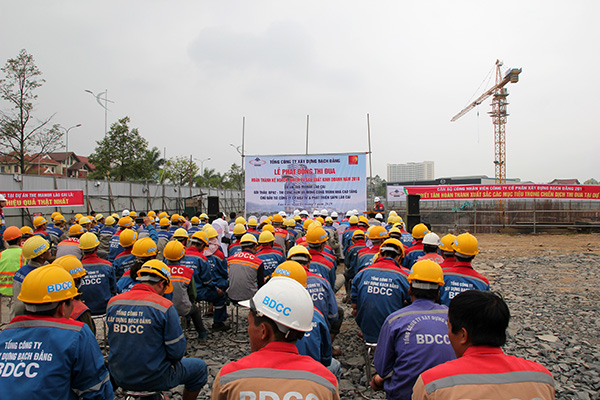 The overview of Ceremony on site 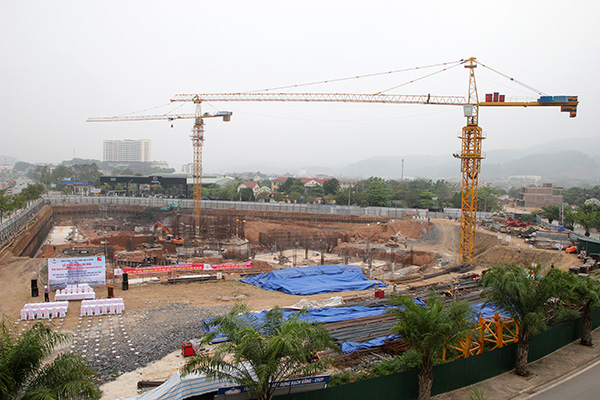 The overview of The Manor project site